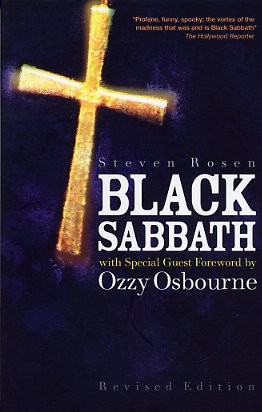 Format: Book (Used)
Cat No: Steven Rosen
Label: Sanctuary Details This newly revised and updated edition uncovers the "Osbourne Metamorphosis", focusing on the highly successful MTV series "The Osbournes", a reality grounded serial that follows the foibles and frenzy of his life, Steven Rosen now details his foray into the world of television as well as highlighting his rubbing of elbows with the stars of Hollywood, President George W Bush and Her Majesty the Queen. Forward by Ozzy Osbourne.

Book is in very good condition.